I don’t think I’ve expressed here what a huge Radiohead fan I am. I have every album, almost all the imports, several live recordings, and the bootleg tracks from the mini-tour they did last year to test tracks from the new album. They are without question the most listened-to artist on my iPod, and I never tire of them.

Today, they announced the release of their first new album in four years, In Rainbows, on Oct. 10th as a digital download (this is probably all over the blogosphere already…). The coolest part is that the download is Choose-Your-Own-Price:

Click the question mark next to the blanks, and you get this: 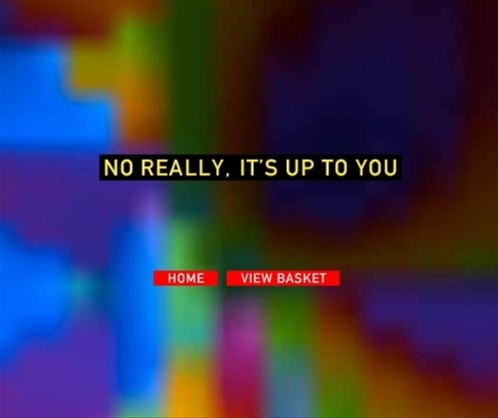 Many many years ago I was completely convinced this was the way to go for artists in the music industry. Radiohead at the moment has no record label, but this will no doubt be a huge seller worldwide, and it will validate a fan-oriented model where the artist can control their own distribution and can disintermediate the middleman who adds little value to the equation.

It remains to be seen whether they’ll be able to withstand the download onslaught next week, as they’re currently not able to process the volume of transactions they’re receiving (I tried to buy the album three times today with no luck).

BTW, I’ve listened to four of the tracks off this album already, from the pre-release tour last year. They’re all kinds of awesome, a continuation from where the band left off after Hail to the Thief.

(Sorry for interrupting your regularly-scheduled SL-focused inanities, but Radiohead’s bigger than all that for me. 😉 )